As notebook computers go, the Lenovo ThinkPad T410 is bread and butter. It’s the company’s mainstream 14.1-inch business laptop, sibling to the 15.6-inch model T510, smack in the middle of Lenovo’s product line.

But you know how, when you go to a really nice restaurant, even the bread and butter are exceptional? This ThinkPad may be a fleet-deployment workhorse, but it smacks more of an executive status-symbol laptop. And apart from one possible gripe discussed below, an employee given a T410 will be one fortunate cog in the machine.

Blowing the Doors Off Your Old Desktop
Real executives may more likely opt for this system’s other sibling, the slimmer and lighter T410s (successor to the T400s we raved about last July). That model starts at four pounds versus the T410’s five and has a higher-resolution screen with an optional touch screen, but a slower CPU and less disk storage.

Indeed, though its display measures just 14.1 instead of 16 or 17 inches, our $1,239 test unit makes a strong case for itself as a desktop replacement, led by Intel’s very capable new Core i5-540M — a 2.53GHz dual-core processor with 3GB of shared L3 cache. The i5-540M can alternately crunch four processing threads at once, thanks to Hyper-Threading Technology, and accelerate to more than 3GHz when handling single-threaded applications, thanks to Turbo Boost.

The muscular CPU helped the T410 render Cinebench R10’s sample scene in a minute and 44 seconds, about as fast as any dual-core desktop we’ve tested, and roll to a healthy score of 6,560 in PCMark Vantage. It’s backed by 4GB of fast DDR3/1066 memory and a fast 7,200-rpm 320GB Seagate hard drive.

But though the T410 isn’t suited for hardcore gaming, it’s got more than enough performance to handle any productivity workload. Applications snap to attention. Multitasking runs as smoothly as a Swiss watch.

The Swiss-watch simile comes to mind for other aspects of the ThinkPad’s engineering, too. Styling-wise, the 9.4 by 13.1 by 1.3-inch T410 is Lenovo’s traditional matte black slab, with a secure latch on the lid; it feels as solid and sturdy as some notebooks almost twice its weight, yet well-balanced enough to pick up with one hand while open.

The keyboard, also in Lenovo tradition, is a thing of beauty. Its layout isn’t 100 percent intuitive — Home, End, PgUp, and PgDn are clustered at top right and take a little getting used to — but it offers a precise, responsive, superlative typing feel, helped by nice touches such as plus-sized Delete and Escape keys. Videoconferencers using the built-in webcam will discover there’s a mute button for the system microphone as well as one for audio volume.

The ThinkPad has not one but two mouse substitutes, a subtly textured touchpad in the palm rest and a TrackPoint mini-joystick embedded between the G and H keys. The touchpad, which lets you zoom and rotate images or Web pages with two-finger gestures, is bracketed by the TrackPoint’s three mouse buttons above and its own two buttons below; all five buttons are firm, quiet, and a pleasure to click, though the touchpad itself required a slightly more forceful tap to click than our usual light touch. Next to the touchpad is a fingerprint reader to automate log-ons and passwords.

Lenovo’s software bundle is relatively free of bloatware, though the usual trial versions of Norton Internet Security and Microsoft Office are preloaded. The company’s ThinkVantage maintenance and diagnostic kit and utilities for managing things like different WiFi connections and locations and the computer’s power consumption are handy tools.

Look on the Bright Side
A 5-in-1 flash-card reader is at the system’s front right corner, near an ExpressCard/34 slot and the modular DVD±RW drive. Ethernet, FireWire, VGA, and DisplayPort ports are joined by four USB 2.0 ports. A SmartCard reader and eSATA port are standard as well.

The T410’s LED-backlit screen is sunny and sharp, though we found its 1,280 by 800 resolution a little on the low side. Had we been configuring a system, we would have spent an extra $30 for a 1,440 by 900 panel and saved the difference by opting for a less expensive wireless adapter — our test unit boasted not only 802.11b/g/n and Bluetooth but WiMax, which unfortunately isn’t available in our neck of the woods.

We would also have spent another $50 for the optional nine-cell (94 WHr) battery, even though it adds a bit of bulk compared to our six-cell (57 WHr) lithium-ion pack. As is, we saw two and a quarter hours of unplugged DVD viewing and averaged just over two and a half hours of real-world work, alternating between undemanding word processing and spreadsheet duty and disk-spinning file copying and software installation.

Two and a half hours isn’t terrible, especially considering the T410’s potent processor and general desktop-replacement credentials. But it was disappointing, and frankly we’re not used to using the word disappointing in the same sentence as ThinkPad. Except for its battery life, though, the T410 is another impressive example of Lenovo’s basic black. 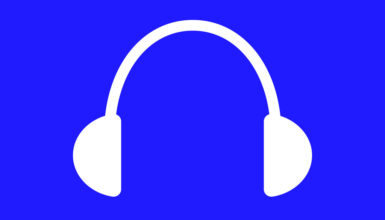