When shopping for a video card, there is no doubt that a prime feature bragged about the card is how much memory it has and what kind. But, what does that mean? And how does the type and amount of memory effect the performance of the video on your system?

Simply put, a video card relies on its memory to draw a picture. Different cards offer different amounts of this precious memory. Extreme low-end cards often have only 256 KB, while very high-end cards have as much as 8 MB of memory or more. The standard for the run-of-the-mill SVGA card is 1 or 2 MB.

The common misconception is that the more, the better. While this is somewhat true, it is different than expected. More video memory DOES NOT speed up the video system on the card. It only affects how many colors it can show at higher resolutions.

There is a mathematical equation to help you figure out just how much video memory you need. This depends on your resolution. The higher the resolution, the more memory you need, because each and every pixel on your screen must have a space in the memory for its data. Here is the computation:

Lets say you would like to display 256 colors on a screen resolution of 640×480. At this resolution, there is 307,200 dots, or pixels. 256 colors requires 8 bits or data for each pixel. You can figure this because with an eight digit binary, there are 256 possible combinations. For two colors, you need only 1 bit, either on or off. For 16 colors, you need 4 bits, 2 to the 4th power. 256 colors requires 8 bits, and it goes up from there. Anyway, multiply the number of dots by the number of bits per pixel to get the number of bits for the entire screen.

Therefore it requires exactly 300K of memory to display 256 colors at 640×480 resolution. But, after calculating this, you must consider the available amounts. You cannot buy a video card with 300K of memory. They are available at either 256K or 512K. So, to get this resolution and color scheme, you must buy a card with 512K of memory on-board.
Obviously, though, most users do not deal with low memory amounts such as this any more. Most users have a card with at least 2MB of memory. With this, you can display most any resolution you would want. At the most common resolution, 800×600, a 2 MB card can display 16,777,216 colors. When you get up to 4MB cards, you can show this many colors at 1280×1024 resolution. With the high-end cards, one sometimes sees 8M or memory boasted. As you can see, this much memory is absolutely useless unless you would like to display 24-bit color at 1600×1200 resolution, something which is rarely done apart from on the largest of high-end monitors.

Another issue with regards to memory is the local bus between the video chipset and the video memory. Basically, the wider the access to memory from the chipset, the faster the card. This access is a local bus wired into the card. When shopping, you will often see 64-bit or even 128-bit cards advertised. This refers to this memory bus, and is often confused with the bus slot the card plugs into. In reality, a 64-bit card means that it has a 64-bit memory bus on the card, but is actually a 32-bit card plugging into a PCI bus slot.

Most Video Cards in the past used a type of video memory called Dynamic RAM, or DRAM, to store image information. This type of RAM was easy to make and as a result was very cheap. However, DRAM was far too slow, which stems from the fact that DRAM needs to be constantly refreshed in order to save the information. DRAM also cannot be read at the same time as it is being written to. This slowness can be demonstrated by looking at today’s cards. At a standard resolution of 1024×768 with a 72Hz refresh rate, the DAC (Digital to Analog Converter) needs to access the memory’s information 72 times per second. If using 24-bit color, this translates to about 170 MB/sec of transfer from the DRAM, the max transfer of DRAM. This does not include the writing of new information, which can’t be done during the read process.

In response to this, a number of new memory technologies have been developed.

Upgrading your Video RAM is relatively easy. The biggest thing to consider is whether it is worth it for you. On most systems, 1 MB of Video RAM is enough. This will allow you to display 65,000 colors at a 640×480 resolution or a 800×600 resolution. If you try to jack the resolution up to 1024×768, though, you can only show 256 colors. In a case where you want higher resolution AND more colors, you may want to add RAM to your video card. But, also, before deciding you want more resolution, consider your monitor. Some monitors can only support 800×600 or lower. Also, a higher resolution may not be good for the size screen you have. Usually, a 1024×768 resolution only looks good with a 17″ or larger monitor.

Also, adding more Video RAM will not necessarily make your video card run any faster. It will only allow it more colors at higher resolutions. If you’re out for speed, you need to upgrade your entire video card to a graphics accelerator. Many companies, such as Matrox and Diamond, make great SVGA graphics accelerators. 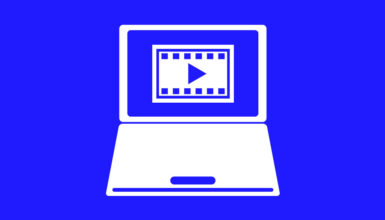